I am a proud, and self-proclaimed Tudor nerd. I am completely obsessed with their dynasty and the period in which they ruled; I have watched almost every Tudor-related film and read copious amounts of Tudor fiction. On top of this, I am a gigantic musical theatre fan. My friend once refused to let me pick the music before a night out because ‘all I listen to is musical soundtracks’. In short I am totally lame, and I’m okay with that – in fact I embrace it. And yet when I was told that a musical dedicated to the Six wives of Henry VIII was hitting the West End last year, I was slightly terrified. Surely this was taking it too far – even for me, a musical loving, Tudor obsessive. I just couldn’t fathom how they were ever going to make a niche topic, exciting and palatable to a wider audience.

And yet they did. In 2017, Toby Marlow and Lucy Moss presented their new musical SIX at the Edinburgh Film Festival. It was immediately picked up for a short stint at the Arts Theatre in London, before moving on to a National Tour in 2018. Following the tour’s success, the Musical re-opened at The Arts Theatre in January 2019, with performances continuing to run until June 2020. An original soundtrack was released in late-2018 and productions have also been opened in Chicago, on Broadway, in Australia on the Norwegian Cruise Line. SIX has taken over the musical-theatre world in the last few years, earning itself a dedicated fanbase and several award nominations (including the prestigious Oliviers noms). Every hesitation I had about this project has been quashed by their continual success and support. And now that I have seen the musical for myself, I completely understand the hype.

At it’s core SIX is a musical dedicated to telling women’s stories. You may think, that because Tudor studies are so popular, and so well taught in schools, that these stories don’t need telling. I certainly thought that I knew everything there was to know about these women. And in some ways I did. The show is undeniably modernised, the costumes, songs and language used are all taken from present day culture, and yet they are remarkably accurate in their re-telling of each Queen’s lives. Almost every aspect I had learnt over the years about these six women was slotted neatly into the dialogue and lyrics of the show. They were remarkably effective at teaching their audience about each women’s lives, but personally, I had heard it all before. What the show did for me, was remind me of the importance of viewing these women not in connection to Henry; but as their own individual.

There is the famous phrase ‘History is written by the winners’, and for centuries the winners have all been men. Unsurprisingly almost everything I had read about Henry VIII and his marriages, put him at the centre, as the protagonist. And though new pieces have been released, to narrate these women’s lives as individuals, separate from Henry, and though I pride myself as a feminist historian who has read and written a lot about emancipating women from patriarchal narratives, it was this light-hearted, upbeat musical that made me realise that I was still viewing some of these women as part of Henry’s story. There are two very clever lines that made me realise my mistake; the first is a lyric in Catherine Parr’s song ‘Cause in History (/his story), I’m fixed, as one of Six, and without him, I disappear, we all disappear’. The second is a line following the song, where the Queen’s question whether they are famous because Henry married them, or whether Henry is famous because he had these six (remarkable) wives. Catherine Parr’s line broke my heart slightly, because she is right, the queens can never truly be separated from Henry, because he affected all their lives irreversibly, and even though they were all intelligent, charismatic and important people in their own right – they were also the wives of Henry VIII. But the second inspired me, because it is equally true. Henry VIII was only special because of the women who married him, sure he split with Rome and created a new church of England, but he did that because Anne Boleyn refused to be his mistress and Catherine of Aragon refused to divorce him. Henry is famous because of these women, not despite them. And it is about time their stories are given the credit it deserves.

It is also a brilliant testament to girl power, for 75 minutes you watch as 10 talented women onstage. The 6 women portraying the queens sing, dance and act together accompanied by 4 brilliant musicians forming the band ‘The Ladies in Waiting’. Though initially meant to compete for a title, the moral of the show sees the 6 women banding together, having learnt that supporting each other is far more rewarding than tearing each other down. I am a SUCKER for this kind of thing, female friendships resonate with me on a very personal level and whilst obviously these Queen’s did not have this relationship in real life, it works perfectly for the show and the message they are trying to get across.

SIX did not teach me anything new about the Tudors, but it reminded me about one of the most important aspects of history that I wish to honour; to tell the stories of those who have been forgotten or overlooked. I want to thank its creators, and the actors who bring the Queen’s to life every night for doing this. But more importantly I want to thank them for portraying these women in this light, for thousands to see. People in that audience, young people in that audience, are getting a new perspective of these Queens that will help to change how they view the entirety of history. SIX is important because it teaches us about the wider issues of gender history, of this new movement of feminism which is all about empowering and supporting women. The Queen’s in the show work together, support each other and ultimately show the audience that it is important to lift other women up rather than tearing them down.

Frankly, the show is remarkable. It made me cry, it made me so proud and in awe of these brilliant SIX women and it made me excited for the future. The popularity of SIX means that, not only are people learning about the history of the Tudors, but that they are being taught it in a way that doesn’t undermine or diminish their stories. I loved it. This is public history at it’s finest, and I will fight anyone who says different.

One thought on “My undying love for: SIX THE MUSICAL” 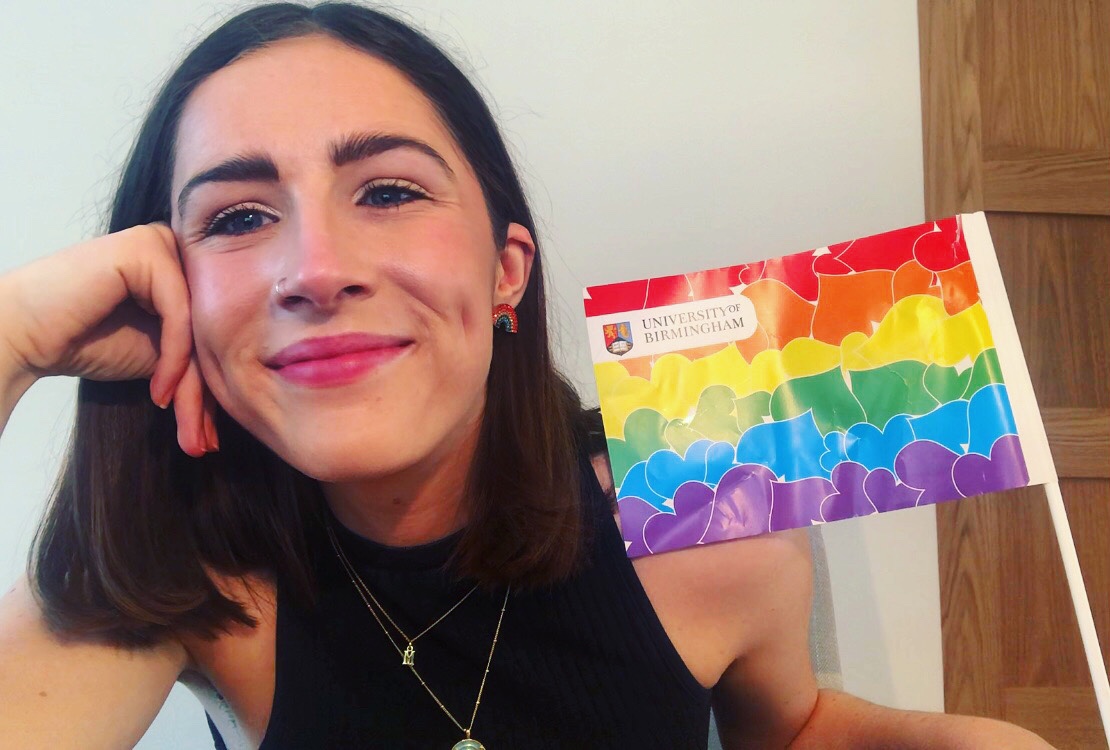